For my UK friends who don’t quite understand events in Oregon…. 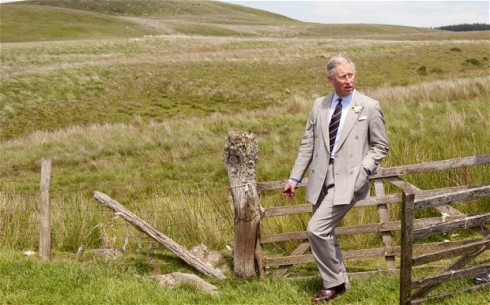 HRH the Prince of Wales is staying abreast of the situation…..

Imagine a small group of renegade Cumbrian sheep farmers from Dentdale, all of them UKIP supporters, and some of them former NF members, armed with jars of Branston pickle, taking over the Wordsworth House in Cockermouth, forcing a stand-off with the local constabulary.

Having knocked down some stone walls, riffled around in the poet’s archives, read through the Vistitors’ Book and driven around on the (National Trust owned) lawn mower, they appeal for pork pies and knitted bobble hats.

Among their demands: the opening up of the Lake District to unregulated lead mining; Ullswater to be turned over to jet-ski enthusiasts; the National Park system to be disbanded with the land being “returned” to the descendants of the Norman aristocracy; intensive (tho’ heavily subsidized) daffodil cultivation; flocks of sheep to be given priority access on the M6; all taxes on Derv to be abolished.

A Public meeting in Kirkby Lonsdale civic center sees outraged locals calling for the sheep farmers to “Bugger off back to bloody Dent.” The sheep farmers interpret this as a sign of widespread support for their courageous stance against “Big Government” from Leeds and Bradford. “The days of the tyranny of Leeds Town Hall are over” says their leader, Arnold Braithwaite, who, besides his hill farm, operates a taxi firm financed by a small business loan from Yorkshire County Council.

David Cameron is reported to be “aware” of the situation, but does not wish to “exacerbate an already tense situation.” The RSPB and the Ramblers’ Association voice their concerns. Schools throughout the area are closed, as are local post offices. The 106 bus service (Kendal to Penrith) is suspended.

In an (unsurprising) development, Prince Charles voices his sympathy for the sheep farmers: “As a sheep farmer myself, I know how hard it is to get by on the paltry EU subsidies that we have to struggle with to maintain the estates of the Duchy of Cornwall…”.

Following HRH’s intervention, the sheep-farmers up their demands, calling for a return to the feudal system, the repeal of the Bill of Rights, and the institution of the Anglo-Saxon criminal justice system.

Note: Jonathan Sawday would like it be known that he has nothing but profound respect for Cumbrian sheep farmers.

Jonathan Sawday is a professor of English at Saint Louis University, he has written extensively on Renaissance literature.