Ed Simon is a PhD Candidate in the English department of Lehigh University. His research focuses on religion and literature in the seventeenth and eighteenth-century Atlantic world. He has been previously published in The Revealer, Religion Dispatches, Salon, Tikkun, and the Public Domain Review, among several other popular and academic sites. Currently he is the assistant editor of the Journal of Heresy Studies, and one of the founding members of the International Society for Heresy Studies. He can be followed on Twitter @WithEdSimon. 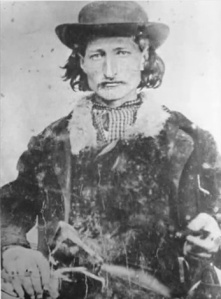 Wade Linebaugh is a multipurpose writer, a teacher, a PhD candidate at Lehigh University, and a sporadic factory worker. As an academic, his research focuses on literary modernism’s experimentation with alternative visions of the subject. Having written across creative genres and in (and out) of the academic, journalistic, and business spheres, what motivates his work is the desire to craft thoughtful responses to culture. His belief that language can burrow deep under our skin and grow new, transformative existence inside of us is dyed in the wool of his work with ‘Merica. Follow his nonsense on twitter @wadelinebaugh and on Instagram @blinebaugh.