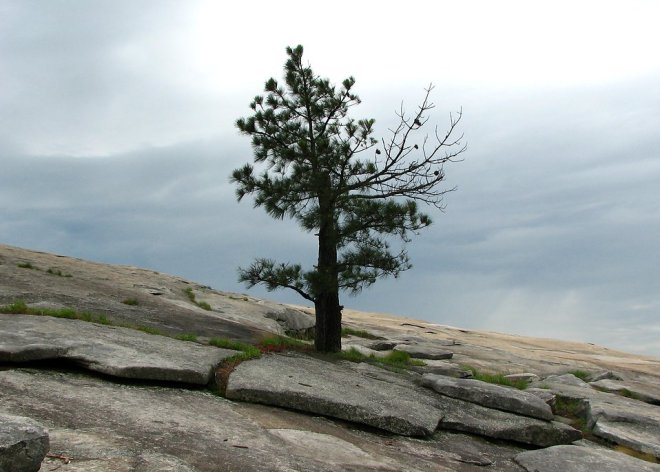 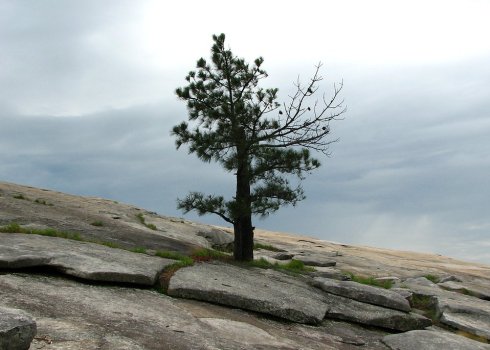 It only looks hard. I could imagine you

not jumping; it would look even easier.

The edge of land looks off-

center, away from us. Small trees find a hand-

There’s a feeling one must get too close

in front of my car, a slip of grey-white

against fog-darkened blacktop. I knew

I couldn’t miss it, waited for the soft knock

against steel. Nothing. In the rearview,

the dove settled at the edge of the road,

its mate idling close. My hands

on the wheel suddenly hurt in release.

That kind of feeling. 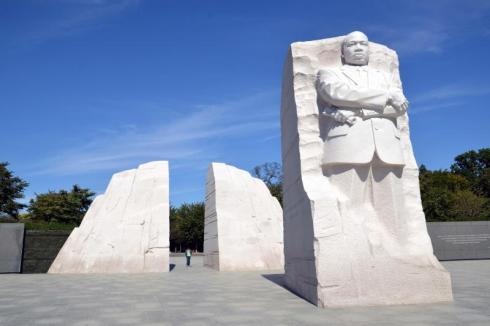 he is in the process of leaving

the stone, but it pulls

on his back, solid wings of retreat

chiseled to him. Freedom’s still air

shines his face, his feet mired in marble.

without taking him with them.

He almost goes. He almost stays.

I have not wasted my life.

My life has wasted me. 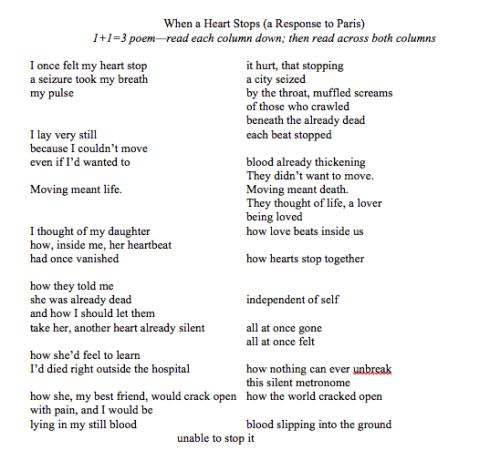 Why I Don’t Keep Birds

They live a long time,

but they don’t keep well,

the bloody taste of metal

tangs against the tongue;

is freer, but gathers

before it grows green;

enters through the bars

even the notes are off

I would’ve died for a breath

of that rain. The glass dry

on this side; on the other,

window of the suicide ward

Pigeons nodded on the ledge.

Behind me, the ward droned on.

A man ambushed a stone.

He said, “I’m sorry I startled you,

but you see, I can sense your weaponry,

and even your courteous manner of marking

the grave of the last man you struck down.”

but the person holding the gun—usually a man

of doing away with things; they have to clean up

and that means they’d have to lay the gun down

and get their hands dirty. And a gun left lying

could go off, just as you could

breach the angle of repose and go

crushing moss over the hillside. I think I’ll wait

here with you; that way we both know

nothing bad will ever happen.

The water came only to the boy’s knees,

yet he feared drowning.

No. Not being able to breathe.

No. Not being able to swim to air.

Once, when watching a pot boil,

I wondered if scientists,

after they learn how

like a port wine stain, and I tell myself,

“Not breathing would end it.”

but it cannot hold or stay.

Rain lets go of the roof.

How do we tell the bird

it has plenty of air

if air is not what it wants?

Trish Lindsey Jaggers is the author of Holonym: a collection of poems (Finishing Line Press, 2016) and an award-winning Kentucky poet, educator, amateur photographer, vintage/antique collector, as well as wife, mother, and grandmother. She has published in numerous literary magazines, journals, books, zines, and anthologies. She makes her home on a small farm in Chalybeate, Kentucky, where she divides her time among the quiet spaces nature so abundantly offers, family, collecting, travel, and reading. She is an Assistant Professor at Western Kentucky University where she teaches English, literature, and creative writing and mentors a flock of young (and older) writers—specifically poets. As with the perfect poem, piece of prose, photograph, and antique, she finds the elusive most intriguing and worthy of the time spent in search of it. This is her first appearance in ‘Merica Magazine.