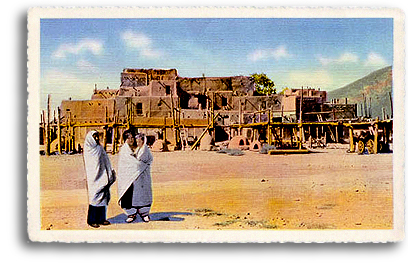 Posted on December 30, 2015 by Ed Simon Posted in America Singing
DESERT EXPLANATIONS
Life is nothing but a competition to be the criminal rather than the victim.
― Bertrand Russell
The desert wearies of drought winds,
alkali dust that clogs the sky,
covers back  trails of Bishop’s bank robbers,
disabled rails for the Black Rock Streamliner.
Within primitive scales of landscape and schism,
climate-chalked clues reveal
fossils of carnivore and quarry,
twin ethereals of dry lake, stalking sky.
Gunfighters huddle on horseback,
arguing for murder as a direction,
a code, a correction.
On the ditch side of Verdugo Trace
a coat of grit, a coating of salt cloaks
a cop convention blocking traffic–
5 cars and a taser’s pop for a lane change violation.
Below Yellow Sky Valley
the casino thief howls from a sandstone cliff.
The tourist court jams as
his crippled wife auditions interviewers,
greeting grievance and concern
with a teacup poodle, gin rickeys in a shaker.
A crawl in time tracks south through
longest shadows of dusk and dawn–
a scourged line of oil lease grifters, village liars,
the leavings of drumhead court martials.
Homeless at the border,
evidence of their passing
is campfires and fired tents,
a treasure of torn shoes in the dunes.
Betrayed by beat cop and crime commissioner,
a caravan leaves the deportation wire,
bodies discovered if there’s a flood in the spring.
Bribery agents spin office days
closing on their condos,
composing progress press release.
Sun-smoothed and sealed, sidewalk women
saunter under cherry blossom parasols.
Around them, a lifting lilt of Mexican voices
as a soccer ball strikes across the sand.
Beyond revival and reparations,
Anasazi pueblos decay along the mountain slope.
Beneath the smell of rain, a curdling sky
the daily take is tallied. The twilight gangs arise.
WEEPING HOUSE BLUES
Blues walking like a man
Blues take a gun in his hand
Reload when he’s empty
Drink that blood when he’s dry
Blues take a gamble
Shoot into the crowd
Blues shout it loud
No one goes home alive
Blues falling like hail
Blues falling like hail
Take a man, ground him to his knees
Storm in my passway, no escape to be found
EVENTS LEADING TO AN AFTERMATH
I set myself a task—
burrowing into the light-fingered protocol
between burglar, b-girl, border cop.
Informers laugh for dollars,
sell every question as secret, as motive.
Beneath a sunset of graying clouds, bare trees
whipping wind makes a razor from a dried leaf.
I sit in a bench seat Buick,
watching the sheriff’s mistress
bring payoff money across the headlight clearing.
“Gimme back, gimme back my bullets,” the song screams.
With only the car crash flames to answer.
Tall blondes like my eyes.
They see ocean depths–
some days green, other days blue.
There is a story line where
I read ahead of the room, lower the newspaper
to watch my wife and ex-wife
switch Fendi purses and pistols.
“The Bride Died In White” is the book
on the bed between them.
“Gimme back, gimme back my bullets,” the song screams.
With only the car crash flames to answer.
I admire an intimate image in Juarez art:
a kiss–that artificial trade,
shared between three lovers snared
by stiletto, gold coin, carnality.
The bordello painter places a lily beneath the frame,
a syringe beside the party champagne.
What I remember of that night
is a gunman bleeding beside the taxi,
a dancer’s dress floating below the San Mateo Bridge.
“Gimme back, gimme back my bullets,” the song screams.
With only the car crash flames to answer.
Peru-jaded, I resist sleeping.
My voice cuts low, the phrasing changes.
I hold a different stance, order a different whiskey.
midnight money layers complicity and control,
like film noir fascination.
A drinker’s cough answers the North wind.
This Fisher Creek life has ended.
I won’t go back into the hills.
“Gimme back, gimme back my bullets,” the song screams.
With only the car crash flames to answer.
R.T. Castleberry is a Texas poet whose work has appeared in the Comstock Review, Green Mountains Review, Santa Fe Literary Review, and several other journals. The co-founder of the Flying Dutchman Writers Troupe and co-editor/publisher of the poetry magazine Curbside Review, Castleberry has appeared in several anthologies. Castleberry’s most recent book, Dialogue and Appetite, was published by Right Hand Pointing in May, 2011.