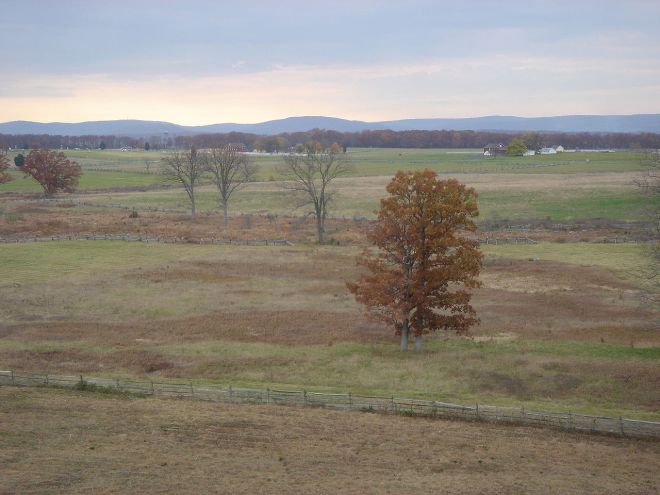 As a child, I was obsessed with the American Civil War, absolutely obsessed. I painted  miniatures, read biographies, dressed as a union soldier for a Girl Scout Halloween party at the age of ten or eleven. I even briefly considered learning the fife in order to join the fife and drum corps in a reenactment troop. Every school assignment, I managed to turn the focus to Civil War, a biography on Joshua Chamberlin, that still leaves me seething with hate for that man to this day (read the tome Soul of the Lion and you’ll understand my pain), an examination on spy practices during the war (that I’m still a little proud of), and most importantly and troublingly my biography and oral report on Thomas “Stonewall” Jackson. I had a special relationship with Jackson, he was my seventh grade crush. I found him to be wonderfully weird, his compulsion to hold his hand above his head, his love of lemons, the fact that his biography was the first book I ever read that had the word “fuck” in it. Some girls had Edward Scissorhands, I had Stonewall Jackson.

Obviously, I didn’t just wake up one morning and decide the Civil War was the war for me. The Civil War was a big deal in my house. My dad was a reenactor, and my mother and I would visit him when he was nearby at Harper’s Ferry or Gettysburg and stay at a hotel. Early on, The Civil War was both a game and a way to get attention from my dad. We could have conversations for hours over generals and troop movements and policies of the time, even if all I was really interested in was folk lore and ghost stories of the towns. Gettysburg was the ultimate example of this. Gettysburg was my Jersey shore. Every other year, we took a family vacation to Gettysburg, a town in a strange kind of stasis. Half the town stuck in remembrances of a battle past, while the other half is growing to accommodate tourists visiting these remembrances.  Our Gettysburg trips, like any family trip, had moments of free-falling family fun, and stressed this-is-to-much yelling. In most ways, these trips resembled trips to the shore or Disney World, but instead of romping around the beach, we ran wild around battle fields and played hide and seek on Devil’s Den. My mom always made sure to bring water bottles and tootsie pops for the long hikes across the wheat field. My most vivid memories of these trips aren’t solemn moment gazing at the monuments musing on what the troops fought for, what we’ve gained and lost since; rather, I remember the time there was no tootsie roll in my mom’s lollipop and cosmic unfairness of it (Wheat Field, 6000 Wounded, Killed, Captured); I remember complaining about the interminable heat and thinking Devil’s Den was the coolest place to find a dark place to stay cool and hide to scare my brother ( 2600 Casualties); I remember being so excited to finally finish the bike tour of Gettysburg and go to McDonalds (1 wounded, I hit a parked car).

Other than giving you a glimpse into my charming childhood life, and probably making you really jealous that you didn’t get biannual trips to sites of death and bloodbaths on a large scale,  I mention all this because my childhood views on the Civil War are fun, so fun. Intrigues, dashing figures, a righteous cause (yes, my father did drill it into my head that the war had numerous causes, but all the states’  believed all the causes they  fought for were just so this stands). Sure, words like gangrene, hardtack,  amputated, sepsis, and miníe ball were thrown around occasionally, but that just added to the mythical epic I had built up around the war.  Curiously, this epic seemed to be missing the political ramifications of the war, the effects of the war on persons of color, and an real interest in what happened after the war.

My experiences with the war: novels, dolls, toys, vacations were tactile and finite things. I never had to engage with the subject in a way that made me uncomfortable or that challenged the myth I had built up. A particularly revealing  aspect of this is that my favorite book during this time was Gone with the Wind. I carried it with me everywhere. My copy actually fell apart. While I knew it wasn’t historically accurate, I thought “hey close enough, it’s enjoyable” , but only recently have I realized that this is the attitude I took with all my childhood Civil War investigations, and on a larger scale we as Americans seem to take with our historical interests as a whole. A good story gets remember (“but legends never die”, I’m sorry I couldn’t help myself). After all, what kid can’t tell you a story about the Wild West and cowboys or Hollywood and Marilyn Monroe?  Significantly fewer children, and  adults probably, could tell you about the era of Reconstruction, or The Alien and Sedition Acts (despite everyone’s interest in free speech).  I can’t fault people for their interest in the flashy history or the exciting stories. Immediately after my infatuation with the flashy side of the civil war, I got lost in around the fire with cowboy literature and that period in the barest historical sense. How could I judge anyone for lackluster history scholarship. However, I did begin to notice discrepancies in the history I liked to hear about and pal around with and what I tried to be serious with. Discrepancies I needed to address.  I grew aware. This awareness wasn’t always a comfortable feeling, but it was a necessary one. When I went next to Gettysburg, I realized that this vacation was a vacation to a site of national tragedy, where you can take olde-time photos. The juxtaposition is jarring. The final moment of awareness came when my brother told a reenactor that he “likes his costume.”  This innocent statement greatly offended the man who did not believe he was in a costume, but a uniform, a uniform of a long disbanded army from a long-ago fought war. What else is it, but a costume, where you seek to imitate, to reenact the battles endlessly.

This reenactor plays at soldier, just as I did and my dad did, but when called on his play he cannot acknowledge it as such. He remains unaware, stunted. Through him, I  reached a moment of understanding regarding Gettysburg and The American Civil War. To treat these historical moments as fixed static events, maps or biographies, you’ll overemphasize the facts and figures, but to only focus on the stories and flashy figures, you’ll overemphasize the human story. You need to mix the historical locations (America’s chock full of them), the words about and by the people shaping the historical moment, and  the politics and climate of the time to get a sense of a historical event and avoid fetishizing it as is our tendency.

Ashley Pfeiffer keeps her whiskey neat and her cheese American. A graduate of Lehigh University and La Salle University, Ashley studied English literature and the interconnected relationship between language, history, and action. She contributes writing, organization, and research skills as an admin and constituents officer with nonprofit organization, Channel Initiative. Currently, she is pursuing a career in nonprofit development.